Sometimes you can’t ride, and sometimes you just don’t want to. But there are a lot of different things that we can do with our horses that are just as enjoyable!

END_OF_DOCUMENT_TOKEN_TO_BE_REPLACED

Although Greyhounds are usually quite content to laze most of the day away after a good walk, or in anticipation of one, they may get bored, and with boredom comes destruction. If you want to stop your Greyhound from becoming bored, these boredom busters are the best!

END_OF_DOCUMENT_TOKEN_TO_BE_REPLACED

In days past, most trades, horse handling and training included, had their fair share of secrets. One of the most famous examples of a group that preserved and passed on tried and tested knowledge was the Society of Horsemen.

END_OF_DOCUMENT_TOKEN_TO_BE_REPLACED

Walking a Greyhound on a leash can be tough. These fast and active dogs may pull incredibly hard if they are not trained correctly, and this can make walks unpleasant or even dangerous. Good leash control is essential, and it is actually not so much the Greyhound you need to train, but yourself.

END_OF_DOCUMENT_TOKEN_TO_BE_REPLACED

If you’re looking to grow your family and introduce a new Greyhound to the pack, there are several tips to help make the transition easier on both the existing family members and the new dog.

END_OF_DOCUMENT_TOKEN_TO_BE_REPLACED

When it comes to buying supplements for your greyhound, there are dozens of brands and different supplement kinds on the market.

You simply need to look through any popular greyhound magazine or website to see the myriad of products being advertised to help your hound to become a prize winner!

END_OF_DOCUMENT_TOKEN_TO_BE_REPLACED 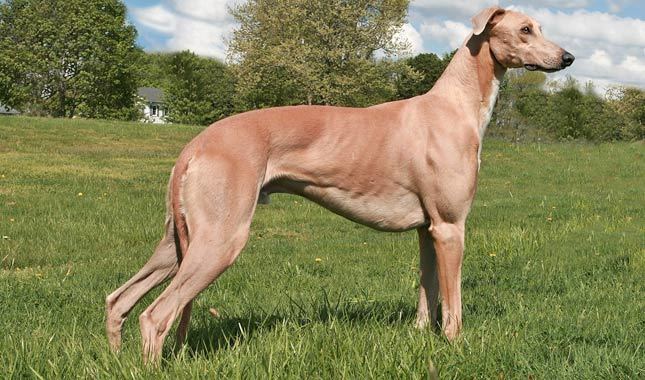 As one of the most popular dog breeds in the world, Greyhounds have grown and evolved with us for hundreds of years, and were loyal companions long before they entered the world of racing.

Today, greyhound racing is about to come to an end around the world, with more countries closing down racing tracks every day.

Greyhounds, however, aren’t just racing dogs; they’re a fascinating breed that has plenty of quirks and eccentricities of their own. These are some truly interesting facts about the famous breed.

1. They were Owned by Egyptians

The greyhound breed has been around for roughly 3500 years, and are believed to have been the pets of the ancient Greeks, Egyptians, and Persians. And while many of them were used as guard animals for the house, evidence has shown that these ancient peoples loved their dogs and cared for them greatly.

In the well-known story, The Odyssey, a greyhound makes an appearance in the form of Argos.

Like some slots at https://www.onlineslots.com.sg/casino-games that feature fast reels, greyhounds have always been fast animals, and thousands of years of selective breeding have created a four-legged speedster that’s almost unmatched in a straight line. Their lean bodies and powerful legs mean that greyhounds can reach speeds of around 72 kilometres per hour at full pace, and they can reach this speed in a short amount of time, usually within four or five strides. Their acceleration and speed is one of the reasons that they were chosen to become racers.

One of the reasons behind their speed is their lean bodies – it requires less energy for them to propel themselves forward, and without the extra weight they’re able to attain extremely high speeds relative to how big they are.

Greyhounds, similar to other sighthounds, have thin heads that house wide eyes. This gives the greyhound a total of 270 degrees of sight angle, meaning that they are able to see behind their head. Humans, in comparison, can only see 180 degrees, and have little peripheral vision.

This is an evolutionary adaption that the greyhound’s ancestors would have possessed in order to better spot prey while also being aware of any danger lurking up behind them in the world.

4. They Battle to Sit

Greyhounds are able to sit, just like any other dog breed, but they don’t enjoy it. Their extremely tight muscular structure means that their muscles stretch to uncomfortable levels when they’re sitting, and it’s fairly unusual to see a greyhound sitting down by its own accord.

This is also why the breed is almost always standing or moving around, and will avoid sitting as much as they can. 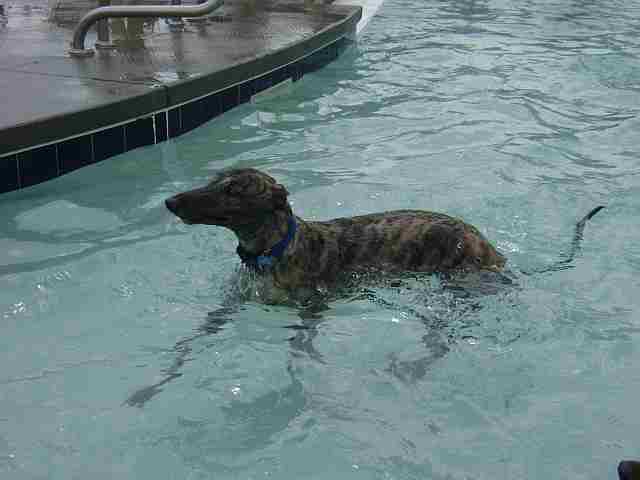 Greyhounds are able to swim on their own, but unlike most other breeds, they require a lot more training and coaxing before they’re comfortably enter a body of water.

They’re some of the weakest swimmers in the dog world, as its not an environment they would naturally be found near.

Training your Greyhound to walk on or off leash can be a tricky task, but if done correctly and with patience you’ll find that it’s true that you can even teach an old dog new tricks.

END_OF_DOCUMENT_TOKEN_TO_BE_REPLACED 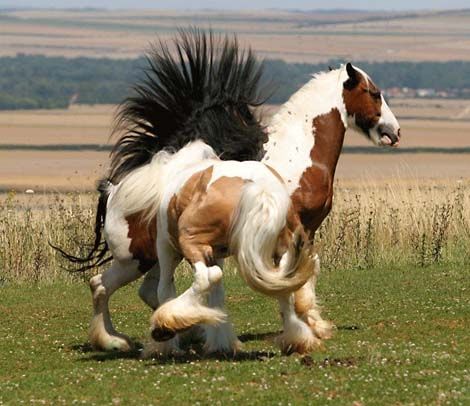 First domesticated approximately 8,000 years ago, horses have played a significant role in the history of civilisation and have been used for everything from war to agriculture.

While there are more than 350 known breeds of horse in the world, some of them have become rare or endangered over centuries. Join us as we explore the world’s rarest horse breeds.

Originating in Turkmenistan, the Akhal-Teke is considered by many to be the most beautiful horse in the world owing to their unusual colouring, which has earned them the nickname ‘Golden Horse’.

With a slender frame and an almost metallic coat, the Akhal-Teke is a threatened horse breed originally used by nomadic tribes and is older than the Arabian breed.

Developed in the 16th century, the Suffolk Punch horse is an English breed of draft horses characterised by their chestnut shade.

Owing to their mild temperament and strong frame, the Suffolk Punch became popular for farm work, but now they are a critical horse breed with approximately only 900 left in the world.

Named for the lands in which they originated, the Shire horse is one of the largest breeds of draft horse in the world and several Shires hold the record for the tallest horse.

Known for their strength and a great weight-bearing capacity, Shires became a less popular horse breed once farm work became mechanised and their numbers are estimated at approximately 2,000 worldwide which means that the number of best mobile online casino available to enjoy probably outweighs this breed!

Known for their speed and hardiness, the Hackney horse was a popular choice for harness racing in the 19th century, but became less popular as the standards of horse racing changed over time and their numbers were further decreased during the World Wars.

The Hackney breed comes in horse and pony height ranges and is one of the few breeds which recognise both sizes.

Developed from a combination of English, Irish, and Scottish horse breeds, the Newfoundland pony is a sturdy and muscular pony which originated in Newfoundland.

Used as a draft horse much like the Shire, the Newfoundland became less popular following the mechanisation of farm work and their numbers are estimated at 200-250 worldwide.

Considered to be England’s oldest breed of horse, the Cleveland Bay is an athletic horse with a sensible and mild temperament.

Their numbers took a significant knock during the Second World War, but Queen Elizabeth II made huge strides in the preservation of the breed. Today there are approximately 600 Cleveland Bays left in the world.

The only American breed of draft horse, the American Cream horse is characterised by their unique appearance – amber eyes, pink skin, and a cream-coloured coat.

Developed at the start of the 20th century, the mechanisation of farm work meant that the breed became less desirable and their numbers are estimated at approximately 2,000 worldwide.

Greyhounds are wonderful pets, and whether you adopt a puppy or an adult dog you’ll soon find they are a wonderful addition to your family.

If you’re wondering if a Greyhound is the right dog for you, consider the following factors as to why they make the most awesome pets: END_OF_DOCUMENT_TOKEN_TO_BE_REPLACED