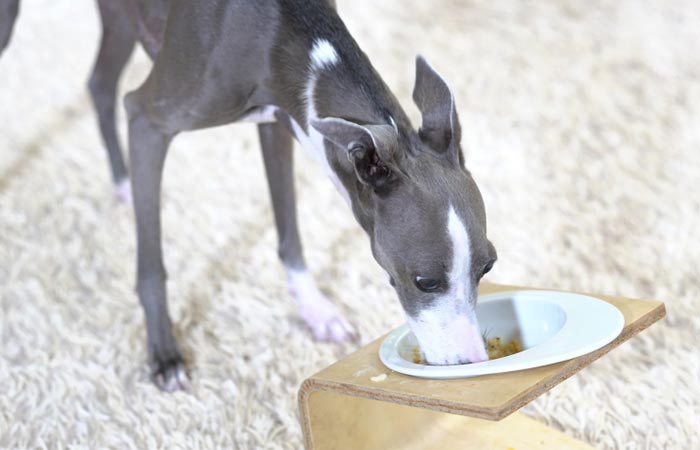 The human liver is considered as one of the most advanced in the world, capable of filtering and metabolising an extremely wide range of foods, compounds, chemicals, and more. When it comes to other animals, such as our pets, the same can’t be said.

With relatively small livers that simply aren’t as effective, greyhounds – like other breeds – are susceptible to a variety of illnesses that can arise from eating the wrong foods. To keep a dog healthy, it’s important that it avoids specific foods as much as possible. Not only can the following foods lead to illness, but sometimes even being ingested by the dog can cause long-term damage and often death.

While chocolate is one of the world’s favourite delicacies, it’s a food that dogs must never have under any circumstances. Methylxanthines are the compounds that gives chocolate its dark appearance and flavour, and it’s one that our lives have no problem metabolising at all.

Dogs, on the other hand, especially smaller, leaner breeds like greyhounds, are incapable of doing the same, and having these chemicals in their system can act as a potent poison that can make them sick very quickly. If a dog has ingested a large quantity of chocolate, it’s best to get them to a vet as soon as possible.

Grapes have meant the untimely end for countless thousands of dogs, and they’re considered deadly to most canines and should be avoided at all costs. We aren’t quite sure why grapes and raisins are so poisonous to dogs, but many speculate that it’s either a fungus or bacteria that grows on them, especially if they have been sitting for a while, as raisins often do.

If a dog has eaten some raisins and is not looking well, it needs to be seen to by a vet immediately as they can offer suffer kidney failure and death, so it’s a good idea to keep the nuts and raisins out of reach when enjoying fun sports games.

Nuts are a healthy snack that offer a great many benefits for the human body, but a greyhound is not privy to the same benefits, and eating nuts, especially macadamias, can lead to vomiting and pancreatitis if eaten in moderate quantities. It’s best to keep nuts as far away from the dog as possible.

Onions and garlic are two staples of much of today’s foods, but they are both dangerous to pets. These tend to be much more dangerous to cats, but dogs are more often the ones that will be attracted to eating them if they’ve fallen down at any point.

A dog that eats onions and garlic can suffer from gastrointestinal problems that can lead to damage to their red blood cells in the long term.

Not all raw bones are bad for dogs, but it’s the hardness of the bone that matters. For instance, chicken bones are not recommended for any dogs as they easily splinter when chewed on, and the sharp splinters can cause cuts and lead to infections. Greyhounds should be given harder beef and pork bones if possible.